No nationwide ban on blowing up milk churns at New Year, minister agrees 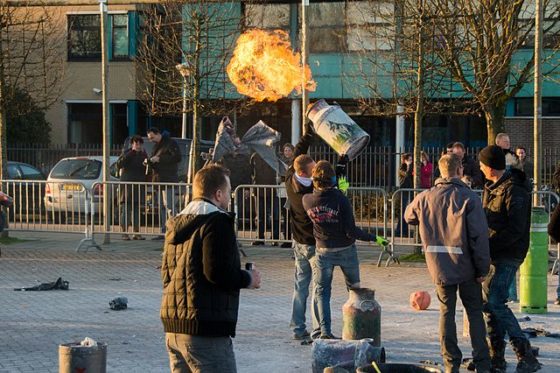 Justice minister Ferd Grapperhaus and the leaders of the 25 regional safety boards have decided not to press for a nationwide ban on carbidschieten – the practice of mixing carbide and water in a milk churn with a lid so it explodes – during the New Year celebrations.

The tradition, which ensures a noisy start to the New Year in northern and eastern provinces, was discussed by the boards in their weekly talks on Monday, after carbide and milk churn sellers reported an increase in sales, following the firework ban

Safety board chairman Hubert Bruls told reporters after the meeting that in places where carbidschieten is common, local officials know how to deal with the issue and the events themselves are well-prepared.

This is, for example, already the case in Nijmegen, where he is mayor, Bruls said.

A number of places, including The Hague, Dordrecht, Lisse, Hillegom and Noordwijk have already said they will ban carbidschieten using local bylaws, broadcaster NOS reported on Monday.

Justice minister Ferd Grapperhaus told reporters that the pending ban on New Year fireworks will also include a ban on transporting them. He hopes the legislation will be submitted to parliament by December 15.

People caught with fireworks face a fine of €100 which automatically entails a criminal record.

GGD: Afgebrande teststraat in Urk is 'klap in ons gezicht'