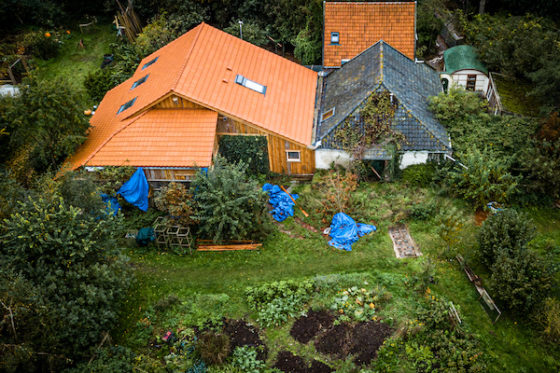 The father who kept six of his nine children as virtual prisoners on a remote farm in Drenthe will not face a formal trial, judges in Assen have decided.

Geert Jan van D is not in a fit mental state to undergo a court case and is not in a position to properly defend himself, the court said, in line with recommendations by the public prosecution department.

Van D, who is 68, had a stroke while living on the farm near the village of Ruinerwold in 2016. Since then he has been partly paralysed, can barely speak and his sight, memory and awareness of reality have been seriously damaged.

Proceeding with the case would be a breach of his human rights, in particular his right to a fair trial, the judges said.

The case hit headlines around the world when one of the children sought help in a local café in 2019. Then the story of how he and his five siblings had been held captive by their father for nine years gradually emerged.

At a previous hearing in January 2020, prosecutors said Van D had run the household as a religious commune, punishing his children for ‘evil spirits’ by refusing to feed them or putting them into solitary confinement.

The four older children, three of whom never lived in the farmhouse, had urged the court to continue to the case, saying their father still has control over their younger siblings. Their mother died in 2004.

‘People say he is no longer a danger but that is not so,’ the statement said. ‘We have been systematically indoctrinated by him since birth. The youngest have no resistance… we would like to see a safe distance between him and our brothers and sisters so they can develop into individuals with their own future.’