Last week, the president of the Philippines, Rodrigo Duterte, appeared on television for a late-night address.

The hardliner, who has previously pushed a shoot-to-kill policy against drug gangs, had something else on his mind this time: the coronavirus pandemic and those refusing to be vaccinated, who he suggested should be compelled to stay at home.

“If they don’t want to be vaccinated, they should not be allowed to go out of their homes,” Duterte said. “They may say there is no law, but should I wait for a law knowing that many will die?”

While many are unsure that Duterte’s threats are even legal under his country’s laws, they represent the most draconian end of the spectrum of a problem that governments and policymakers are tackling around the world: how to persuade unvaccinated citizens to get inoculated.

Amid a global resurgence of Covid-19 driven by the Delta variant, governments, corporations, leisure operators and universities around the world have begun insisting on vaccination, in moves that run the full spectrum from adding more testing hurdles for workers who refuse, or blocking full social participation, to Duterte’s vision.

In addition, the responses to vaccine mandates – or softer versions of mandates, such as passes and passports – have varied just as wildly.

Denmark pioneered vaccine passes with little resistance. In Italy and France, however, the proposals have prompted thousands to take to the streets – clashing with police in some places – to show their opposition to plans that would require vaccination cards for normal social activities such as dining indoors at restaurants, visiting museums, and cheering in sports stadiums.

Protests continued in both countries this weekend, with thousands demonstrating in Paris and other French cities on Saturday, while Italy saw marches in Rome, Milan and Naples for a second consecutive week.

Germany and the UK have so far resisted a blanket approach, while vaccinations are so popular in Spain that incentives are not deemed necessary.

The force of the escalating momentum behind vaccine mandates, however, has been most visible in the US, where the president, Joe Biden, on Thursday joined major corporations including Google, Facebook and MGM Casinos, and the mayors of California and New York, in insisting on proof of vaccination or testing. 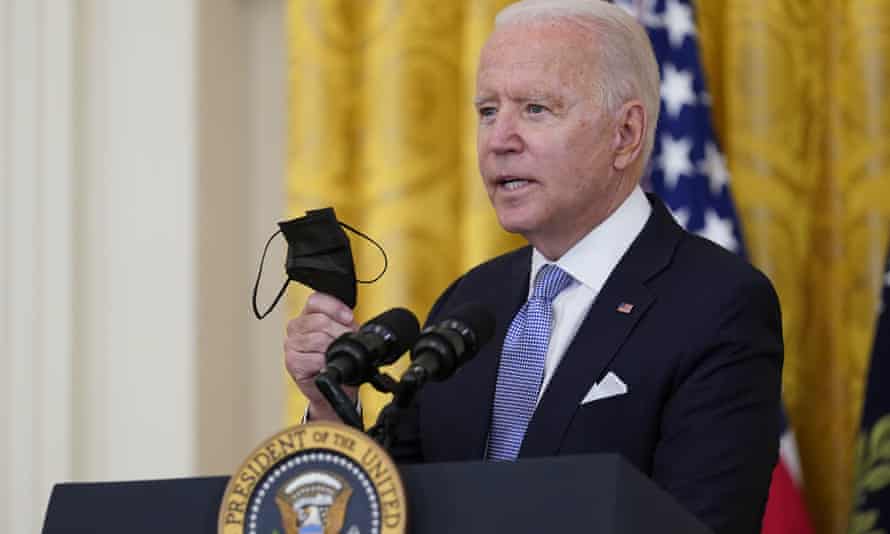 “Right now too many people are dying or watching someone they love die,” Biden told reporters at the White House as he announced a new set of rules requiring federal workers to provide proof of vaccination or face regular testing, mask mandates and travel restrictions.

“With freedom comes responsibility,” Biden said. “So please exercise responsible judgement. Get vaccinated for yourself, the people you love, for your country.”

Biden’s moves were also echoed on Friday by the Australian prime minister, Scott Morrison, who announced that vaccinated Australians would have “special rules” applied to them as they posed less of a health risk.

That, in turn, has created a new political dynamic, fuelling tensions between the vaccinated, who are keen to see a return to normal life, and those refusing the vaccine – which as a consequence has created space for more interventionist policies.

“It’s the unvaccinated folks that are letting us down,” the Republican governor of Alabama, Kay Ivey, railed last week as her state grappled with having the lowest vaccination rate in the country. “These folks are choosing a horrible lifestyle of self-inflicted pain.”

There is evidence that insisting on vaccination in certain settings, including healthcare, can significantly increase the numbers of those getting jabbed.

In France, almost 5 million people got a first dose and more than 6 million got a second dose in the two weeks after the president, Emmanuel Macron, announced that the virus passes would be expanded to restaurants and many other public venues. Before that, vaccination demand had been waning for weeks.

Vaccine demand in Italy also increased by as much as 200% in some regions after the government announced its own “green pass”, according to the country’s special commissioner for vaccinations.

However, the different responses to vaccine resistance – from shaming and coercion, to appeals to altruism and even incentivising inoculation with rewards – have seen bioethicists and politicians alike struggle to find an appropriate balance.

Most countries have opted, so far, for a carrot-and-stick approach, giving the vaccinated easier access to employment, leisure facilities and travel.

Another idea has been to encourage material incentives for vaccination, such as the $100 (£72) payment that Biden has called on US states to offer – an approach also embraced by the Czech government, which on Friday offered two additional days of holiday to state employees who get vaccinated. 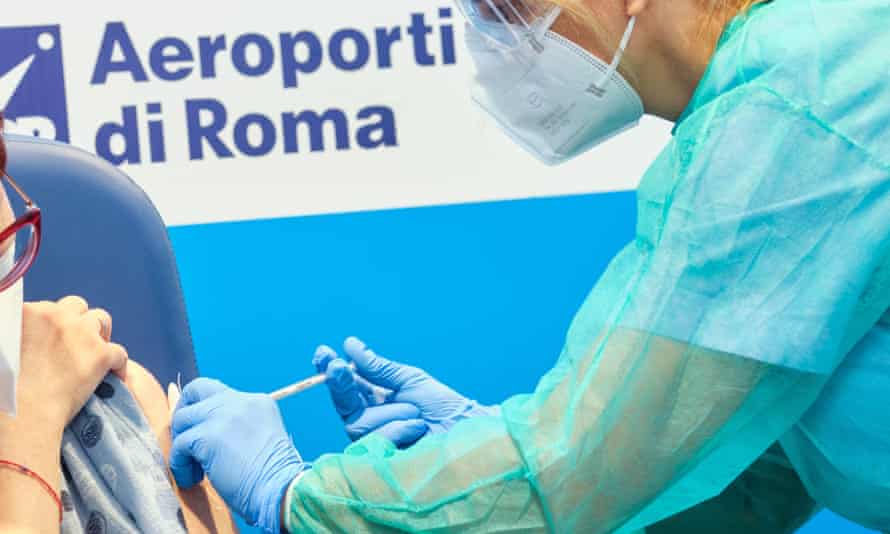 The Italian government says that demand for Covid jabs has significantly increased since its announcement of the ‘green pass’. Photograph: Mauro Scrobogna/AP

Writing earlier this year in the BMJ’s Journal of Medical Ethics, Julian Savulescu, a professor of practical ethics at the University of Oxford, set out conditions he believed should be met for mandated vaccination or for the offering of incentives, the latter of which he leans towards as being less problematic.

Arguments for mandatory vaccination, as Savulescu points out, are usually framed in terms of the argument made by John Stuart Mill over the point at which the risk of an individual’s action harming others justifies the restriction of liberty.

“Covid-19 is almost unique because of the gravity of the problem at the global level: not only is there cost in terms of lives from Covid-19, there is also the extraordinary economic, health and wellbeing consequences of various virus-control measures, including lockdown, which will extend into the future.

“There is a strong case for making any vaccination mandatory (or compulsory) if four conditions are met: there is a grave threat to public health; the vaccine is safe and effective; mandatory vaccination has a superior cost/benefit profile compared with other alternatives [and] the level of coercion is proportionate.”

However, Savulescu concluded: “It is better that people voluntarily choose on the basis of reasons to act well, rather than being forced to do so. Structuring the rewards and punishments in a just and fair way is one way of giving people reasons for action.”

While the piecemeal US moves have drawn the most attention this week, other countries, not least in Europe, are already further advanced in their efforts at a state level to nudge an increase in vaccine uptake, although not without pushback.

In France, where the plans are toughest and furthest advanced, a health passport has been required since mid-July for venues including cinemas, tourist sites and nightclubs and will be required for other sites, from August, as well as for long-distance travel and for healthcare staff.

While supported by about 60% of the population, critics of Macron have condemned the policy as “authoritarian”, and the plans come with the risk political blowback, such as has already been seen in the demonstrations in French cities.

At the same time, the policy has had strong support from public health leaders who have decried vaccine resistance among health workers.

“Our job is to cure people, not to kill them,” said Patrick Pelloux, president of France’s Association of Emergency Physicians, last week. “We have an ethical … and civic duty to get vaccinated and limit hospital-acquired Covid infections.”

Significantly, however, Macron’s push has transformed attitudes in one of Europe’s most vaccine-hesitant countries, where only a few months ago, a bare 40% of people said they were willing to get the vaccine.

All of which reflects the fact that, in many countries, attitudes towards vaccination are far more complex than simply for or against, with a significant middle ground of unvaccinated people open to being nudged.

Indeed, a recent Kaiser Family Foundation poll in the US identified 10% of people as still being on the fence, while another 6% said they were waiting for a requirement to be vaccinated.