Netherlands
Trusted
This article was added by the user Anna. TheWorldNews is not responsible for the content of the platform. 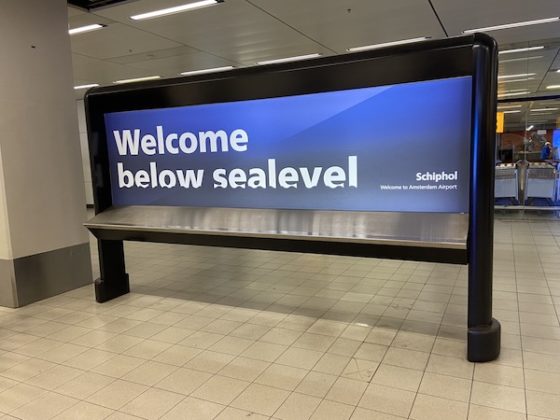 The sea level along the Dutch coast will probably be 1.2 metres higher by the end of this century than at the start, but the difference could be as much as two metres, Dutch meteorological office KNMI said on Monday.

The figures are included in a new report on the Dutch climate published ahead of the Glasgow climate conference next week.

The higher figure of two metres will be an possibility if the Antarctic ice melts more quickly than forecast, the KNMI said. The 1.2 metre rise assumes no overall reduction in greenhouse gas emissions.

The KNMI’s previous estimate, in 2014, was for a one metre rise. The new figures have been derived from the most recent report by the UN climate panel IPCC plus additional local research.

The agency also says Dutch springs and summers are likely to be drier, with more extreme storms during the summer period. ‘Our climate is shifting toward that of southern Europe,’ the KNMI said.

There is also a greater risk of low water levels in the Dutch rivers in summer – which will hit shipping – and too much water in winter.

Some 26% of the Netherlands is below sea level and a further 29% is susceptible to river flooding. The Dutch coast is protected by a complicated system of dykes, seawalls and sluices built after the devastating floods of 1953 which left over 1,800 people dead.

Volgens WHO onzeker of omicronvariant besmettelijker is dan andere varianten

Ajax restore two-point lead as PSV slip up at Heerenveen