Netherlands
Trusted
This article was added by the user Layla Evans. TheWorldNews is not responsible for the content of the platform. 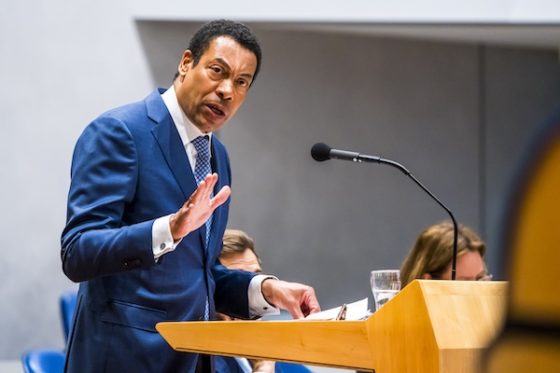 Parents who were caught up in the childcare benefit scandal and whose children were taken into care will get more specialist help, including a free lawyer, to try and get back their offspring, legal protection minister Franc Weerwind told MPs during a stormy debate on Thursday.

But the children will not be returned without going through the legal procedures, because that would not be a sensible decision, Weerwind said.

According to national statistics agency CBS, 555 children from parents hit by accusations of fraud are still in care, following the intervention of social workers and the courts.

Children are not removed from their home, ‘just like that’, Weerwind told MPs and parents who were in the public gallery. ‘The social workers I have spoken to have sleepless nights about it. And judges always look for other options,’ he said.

The children had not been removed from their homes because of the childcare benefit scandal per se, he said. But the stress and the poverty generated by the allegations of fraud had increased the risk of removal, he said.

The cabinet is setting up an investigation into the reasons why 1,675 children were removed from their homes and MPs have also called for an independent commission to look into the issue.

Experts have criticized the current system which led to 37,515 children being removed from their homes in the first six months of last year. In particular, a report by the Netherlands Academy of Arts and Sciences (KNAW) said removing children rarely leads to an improvement in their individual development,Trouw reported on Monday.

‘It is a broken system,’ professor Peer van der Helm told broadcaster NOS. ‘Youth social services are struggling with an enormous staff turnover. In recent years, about two thousand social workers have left and fewer and fewer people have to deal with increasingly complex cases.’

‘Social workers often think parents should not have contact with their children. This has not scientifically substantiated, but is presented as fact,’ he says. ‘Parents almost always lose the case because they don’t have the money to hire their own expert.’

Children can be removed from home because they are being abused or neglected or if the parents cannot care for them for ‘one reason or another’. However, the KNAW researchers say is is unclear what those ‘different reasons’ are.

In addition, in 40% of cases that come to court, social workers do not specify why alternative, less drastic measures than taking a child into care would not be an option, the KNAW report said.

Weerwind said the experts’ findings are worrying and has pledged to reform the child social work system in the short term.