Marco Borsato steps back with a burn-out, new concerts and music on ice 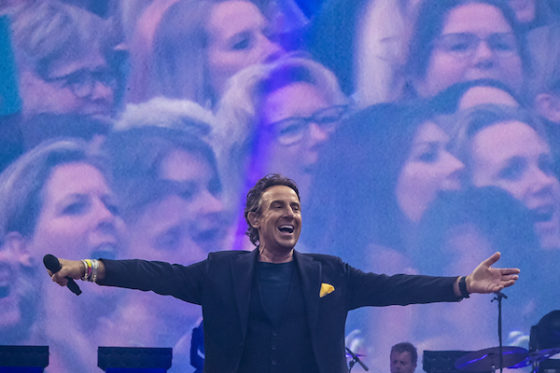 Dutch singer Marco Borsato is stepping out of the limelight for a time because of a burn-out, concert promoter Mojo said on Thursday.

‘I love and I live for what I do,’ Borsato said. ‘But I have come to realise that I’ve had it, that I have no energy and that I am dealing with a burn-out… I need a longer period to recharge before I can give my all again.’

Borsato has cancelled all live shows and television appearances while he works on his recovery.

2019 was a difficult year for the 53-year-old singer, who was forced to admit to having a short-lived affair with a pianist several years ago. He has been married to Leontine Borsato since 1998 and the couple have three children.

‘He was working on new music and new concerts and that has been put on hold,’ a Mojo spokewoman told the Telegraaf. ‘The same goes for The Voice.’ Borsato is one of the judges in the popular television talent show.