Netherlands
Trusted
This article was added by the user . TheWorldNews is not responsible for the content of the platform. 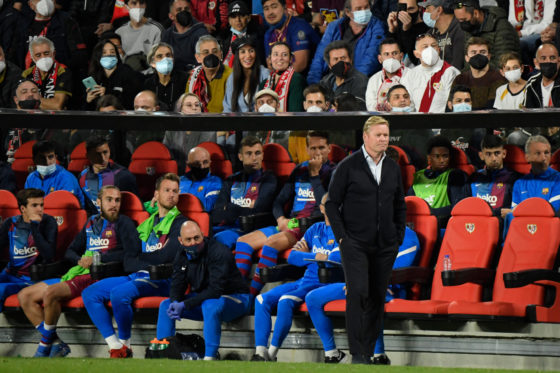 Ronald Koeman has said goodbye to his Barcelona squad the morning after he was sacked as first-team coach.

The 58-year-old Dutchman was dismissed by club president Juan Laporta as he flew home from Madrid following Barça’s 1-0 defeat to Rayo Vallecano.

The team are currently ninth in La Liga and have lost two of their three matches in the Champions League group stage. Koeman’s dismissal was widely expected after the 2-1 home defeat at the weekend to league leaders Real Madrid.

Koeman joined Barcelona in January 2020 after a successful spell as Netherlands national men’s team coach, where he secured qualification for the first major tournament in six years.

His contract with the Dutch football association (KNVB) included a clause that allowed him to be released early if the club where he won the European Cup as a player in 1992 called on his services.

But the dream move turned to a nightmare as Koeman arrived just as the club began to feel the effects of years of overspending. Star player Lionel Messi left for Paris Saint Germain on a free transfer to cut the wage bill, and financial constraints mean Koeman had to rebuild the squad with free agents such as Memphis Depay and Luuk de Jong.

In a statement, the club said: ‘FC Barcelona has relieved Ronald Koeman of his duties as first team coach. The president of the club, Joan Laporta, informed him of the decision after the defeat against Rayo Vallecano.’