Amsterdam agrees to sell troubled waste incineration plant after all 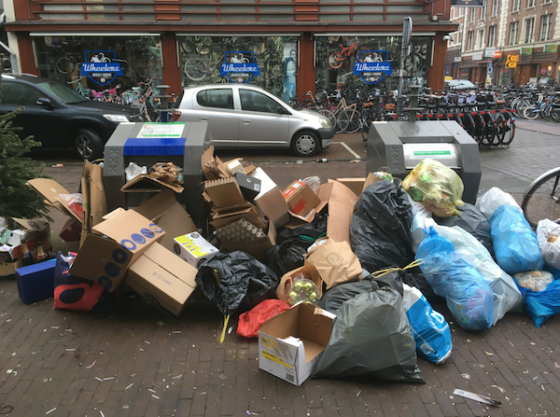 Councillors in Amsterdam have decided to sell all the city’s shares in the troubled AEB waste incineration plant after all.

In September, the plant’s management warned the country’s biggest waste incineration plant may go bust if Amsterdam city council continues to block a privatisation plan. The incinerator is 100% owned by the city.

The council’s refusal to sell its shares resulted in the resignation of D66 alderman Udo Kock who considers partial privatisation to be the best option financially. Selling a stake, in return for a capital injection to carry out essential work on the plant, would limit the cost to the city, Kock had said.

The AEB, which was touted as the most innovative waste incinerator complex in the country in 2006, has long been plagued by problems.

Despite a capital injection of €16m, four of the six incinerators had to be closed last July, greatly reducing capacity at the plant. Most of the waste produced in the Netherlands is incinerated at the plant.

City officials will now begin working on the privatisation process. A final decision on the sale will be taken next spring.

Waste collection and the recycling dumps where households can bring waste will remain in council hands.