The two sides agreed to consolidate the traditional friendship, strengthen strategic communication, enhance political mutual trust, and properly manage differences, so as to push the China-Vietnam comprehensive strategic cooperative partnership in the new era to a new level.

Xi warmly welcomed Trong's official visit to China following the 20th CPC National Congress, noting that he has maintained close communication with Trong in various ways and reached many important consensuses on guiding the development of China-Vietnam relations in recent years. "These consensuses have been fully implemented and remarkable results have been achieved," he said.

Xi introduced the main points of the 20th CPC National Congress. He said that the historic achievements made in the cause of the Party and the country in the new era fully prove that the path of socialism with Chinese characteristics conforms to the realities of China, reflects the will of the Chinese people, and meets the requirements of the times.

Hailing the Vietnamese side's achievements in socialist construction and innovation, Xi said it is believed that under the leadership of the Central Committee of the CPV headed by General Secretary Nguyen Phu Trong, the CPV and the Vietnamese government will surely accomplish the goals and tasks set forth by the 13th CPV National Congress.

Xi said that, with accelerated changes in the situation unseen in a century, the world has entered a new period of turbulence and transformation. He emphasized that China, Vietnam and other socialist countries have succeeded in following the trend of the times and exploring a modernization path in line with their own national conditions, and socialism is becoming more and more vigorous.

He called on the CPC and the CPV to strive for the happiness of the people and the progress of mankind, make every effort to advance socialist modernization, and never allow anyone to interfere with their progress or any force to shake the institutional foundation of their development.

He expressed hopes that the two parties should strengthen high-level communication and exchanges of views on major issues concerning bilateral relations in a timely manner.

He also called for consolidating the socialist economic foundation on both sides.

China is ready to work with Vietnam to synergize their development strategies, promote connectivity between the two countries, and deepen cooperation on health care, green development, the digital economy and climate change, Xi said.

Under the new circumstances, the two sides should focus on the future and work for a long time to carry forward the traditional friendship of "comrades and brothers" nurtured by the older generation of leaders, strengthen people-to-people exchanges, increase mutual acquaintance and amity between the younger generations of the two countries, and deepen cooperation in the field of press and publicity, so as to create an atmosphere of public opinion that is favorable for bilateral relations, he added.

Xi stressed that China regards ASEAN as a priority in its neighborhood diplomacy and a key region in high-quality Belt and Road cooperation, and values Vietnam's position and role in ASEAN.

"We look forward to working with Vietnam to accelerate the building of a peaceful, safe and secure, prosperous, beautiful and amicable home together, and to promote regional economic integration in East Asia," he said.

China is also ready to work with ASEAN to practice true multilateralism and open regionalism, make the regional situation and international order more peaceful, stable, just and equitable, and actively promote the building of a community with a shared future for mankind, Xi added.

Trong thanked Xi for inviting him to lead the Vietnamese leaders as the first head-of-state level delegation to visit China since the 20th CPC National Congress. Trong said he had also fulfilled his commitment of making China his first destination abroad after his re-election as general secretary of the CPV Central Committee.

Trong expressed confidence that under the leadership of the CPC Central Committee with Comrade Xi Jinping at the core, China will definitely achieve the goals set at the 20th CPC National Congress and make a new contribution to the region and the world at large.

Trong said he fully agrees with Xi's important proposals on developing relations between the two parties and two countries. He said Vietnam attaches great importance to its ties with China and regards developing friendly cooperation with China as a top priority in its foreign policies.

Vietnam will advance the comprehensive strategic cooperative partnership with China based on the policy of long-term stability, forward-thinking, good neighborliness and comprehensive cooperation, and the spirit of being good neighbors, friends, comrades and partners, he said.

Trong said Vietnam firmly follows the one-China policy, opposes any form of "Taiwan independence" separatist activities, and will not develop any official relations with Taiwan.

He said Vietnam will not allow any country to establish a military base in Vietnam, or join any military alliance, or use force against any country, or work with one country to oppose another.

He said Vietnam is willing to work with China to maintain high-level exchanges to enhance mutual understanding and strengthen political mutual trust, give play to the strategic role of inter-party relations and deepen theory exchanges.

He called for taking advantage of the existing cooperation mechanism between the two countries to promote the synergy of the Belt and Road Initiative with the "Two Corridors, One Economic Belt" and yield more fruitful economic cooperation.

He called for maintaining people-to-people exchanges to deepen public support for Vietnam-China relations, and maintaining peace and tranquility on the land border and peace and stability at sea, so as not to let maritime issues affect the overall development of bilateral relations.

Trong said the 13th CPV National Congress and the 20th CPC National Congress marked the start of a critical new stage in bilateral relations, and Vietnam is ready to work with China to push the bilateral good-neighborly friendship and comprehensive strategic cooperative partnership to a new height.

After the talks, the two leaders witnessed the signing of cooperation documents on political parties, economy and trade, environmental protection, culture and tourism, justice, customs and local government.

Prior to the talks, Xi held a ceremony at the Great Hall of the People to welcome Trong.

Xi hosted a welcoming banquet for Trong on Monday evening, and members of the Standing Committee of the Political Bureau of the CPC Central Committee Li Qiang, Zhao Leji, Wang Huning, Cai Qi, Ding Xuexiang and Li Xi were present. 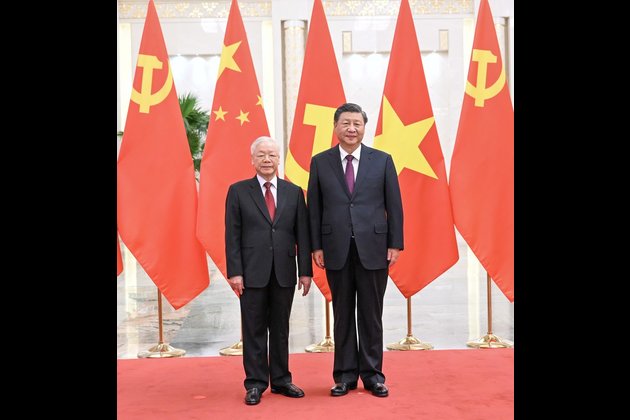 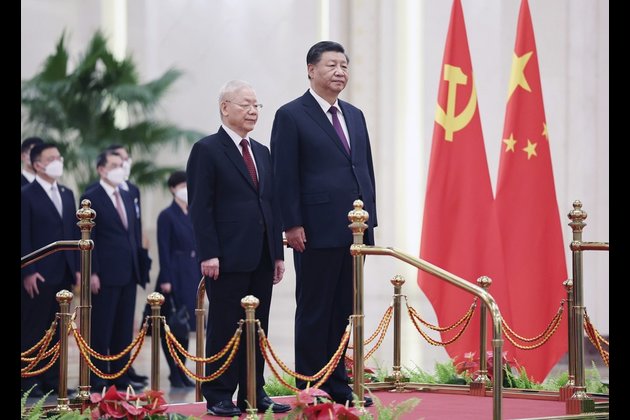 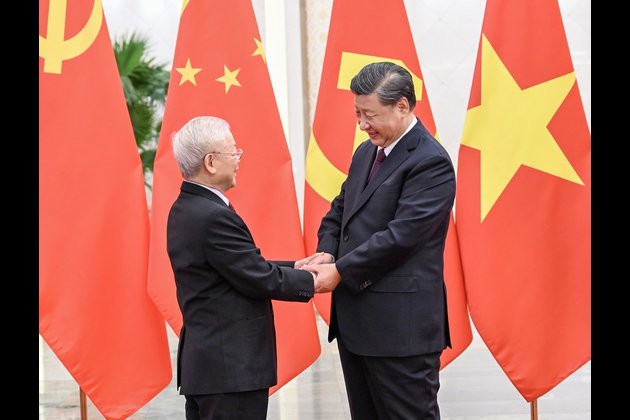 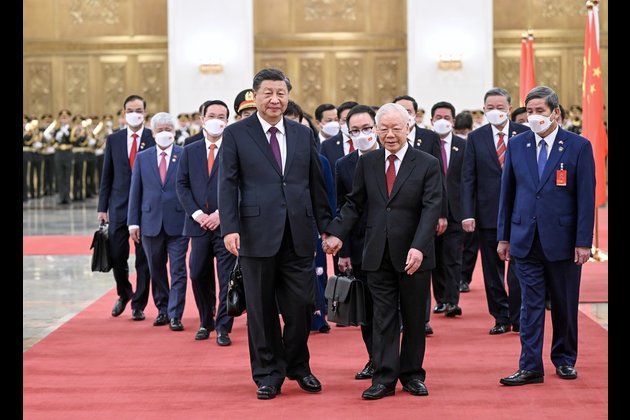 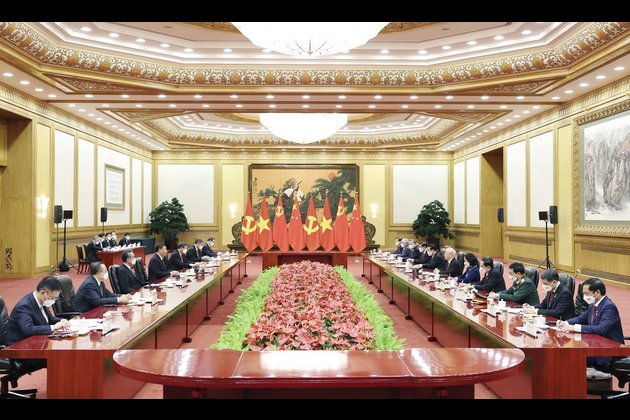