IT WAS East Lancashire's first major music festival post-Covid lockdown - and what a festival it was.

Restricted Forest made it's highly anticipated return to Witton Park on Saturday, and it did not disappoint, as thousands of eager ravers and music lovers from across East Lancashire donned their wellies to party in Blackburn's biggest park.

Promoter, Lee Drake, from S2S Group, who helped organise the festival said: "It was unbelievable. Everyone there was enjoying it. It's been a long time coming."

Mr Drake said the festival had been postponed three times due to the pandemic but it was fantastic to finally get it done.

He continued: "The atmosphere was electric. As soon as we opened the gates people were waiting to come in and within an hour it was bouncing.

"And the weather was fine as well, until about 8.30pm, when some of the main acts were on and it started raining a bit then.

"But it didn't seem to bother anyone - I think it would take more than a bit of rain to put anyone off after being locked down for the last 18 months." 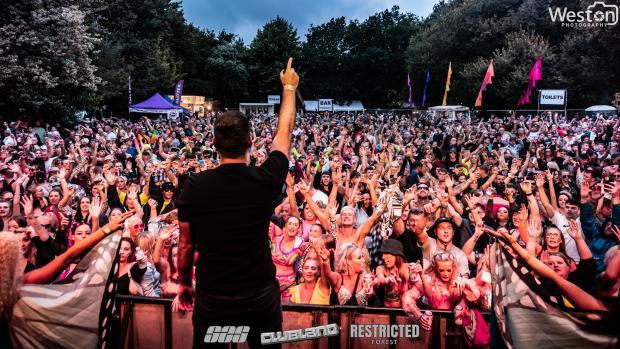 Spread across three stages, Restricted Forest provided punters with an eclectic mix of dance, rave and happy hardcore music, and was the biggest event to date for the promoters, with Mr Drake saying the highlight of the day was just seeing everyone smiling and having a good time.

He added: "With what everyone has been through because of Covid, it was just good to see people happy again.

"A big thank you to everyone who came and was involved - the feeling seeing everyone back - it gave me goosebumps."

Bar owner Gary Perkins from Darwen, who went down as a VIP on Saturday said: "It was amazing. It was really well put together. I'm so glad it was allowed to go ahead.

"There was absolutely zero trouble and the after party was held in the Vault in Darwen and that was amazing too." 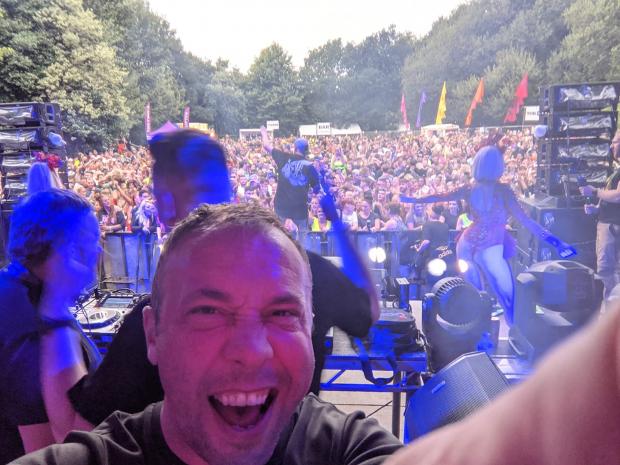 Posting on Facebook on Sunday, festival promoters, S2S, said: "Wow wow wow - has that really just happened.? We really do not know what to say, yesterday was one to remember.

"What a day and night - that is going to take some beating.

"The crowd, jeez, you were electric from as soon as we opened the doors to the very last tune. 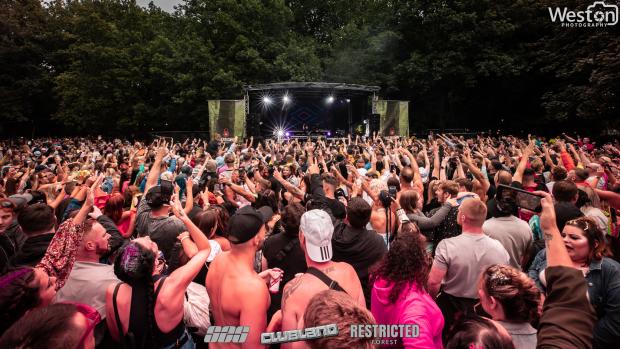 "It was soooo good to see you all together, dancing, smiles everywhere, everyone enjoying life after everything we’ve all been through for the last 18 months. Yesterday was a special day and so glad it finally got to happen.

"A massive thank you to all the bar and token staff, security, production crew, DJs, live acts, litter pickers absolutely everyone involved with making yesterday happen, we did it, we smashed it out the forest."

Ryder Cup day one: Rory McIlroy confident Europe can recover from 6-2 down

Teenager whose baby died in jail was ‘criminally abandoned’

Holyrood should have veto on UK defence and foreign policy, says Labour MSP

Girl, 6, who died after falling 110ft from theme park ride 'was not buckled in'

Gabby Petito death: Driver claims she dropped partner at site where her body was found

Who are Kelly Price’s children?

Banned driver arrested for food and environmental offences after crash

Who is Kelly Price’s fiancé?

No money, no housing, no guidance: Afghans stuck in limbo in UK hotels

James, Viscount Severn to take on 'high-profile role' amid absence of Harry and Meghan

Snapchat slang: What does SMO, FFF and TM mean on Snapchat?