Back off, Emmanuel! Boris fires back after France unleashes rage in Brexit fishing row 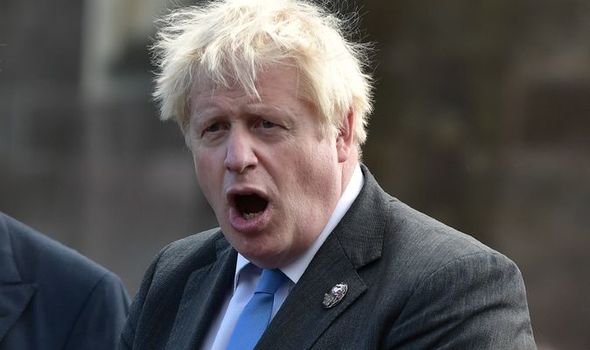 Downing Street hit back at France's attack on the UK over fishing rights (Image: GETTY)
Sign up for FREE now and never miss the top politics stories again

French officials accuse Britain of refusing to hand out licences to those who are eligible for them and have threatened retaliatory action if more are not granted.

The Prime Minister's official spokesman today said the UK was handing out licences to all fisheries who had proof of their historic right to access Britain's waters as was agreed in the EU trade deal.

He added Britain was continually accessing applications and had granted more licences to French firms who had provided extra information to support their application just days ago.

"We granted three further licences for vessels under 12 metres last week and overall we have granted 98 percent of licence applications from EU vessels," he said.

Standing firm in the face of French anger, the No10 official said the UK would not relax its rules but would continue to fairly assess applications.

He added: "The licences are rules relating to vessels being able to demonstrate, as agreed during the Brexit talks, that why have historically fished in those waters.

"If they have that information then that licence is granted as they have been in 98 percent of cases."

Negotiations are being held between the UK and EU in a bid to resolve the dispute.

Further talks between the two sides are planned today.