Joshua and Fury, 31 and 32 respectively, were on course to throw down in Saudi Arabia in August before an American judge ordered the latter to have a trilogy fight with Deontay Wilder.

But veteran promoter Arum has blamed the collapse of the blockbuster fight on his opposite number, saying: "It close but not a cigar.

"The problem was Eddie Hearn was screwing around with the deal he was trying to make with the Saudis.

"And they aren't fools. They had to do due diligence, they have to check what the split [was going to be].

"So they had to learn it back and forth and then there was Ramadan and we went nowhere - nowhere.

"And meanwhile, the arbitration was limping along and the judge decided the case for them.

"I don't necessarily think it was right, but the judge decided. But he would've, in my opinion, not enjoined Tyson to fight Joshua if the fight had been signed.

"But it hadn't been signed."

Arum is optimistic a fight with AJ could still come to fruition this year, despite the unified champion's September showdown with Oleksandr Usyk. 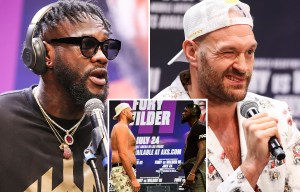 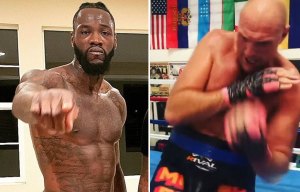 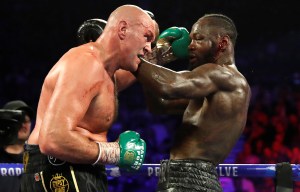 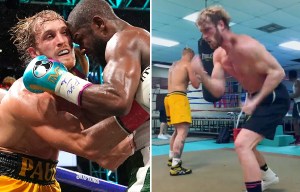 Logan Paul returns to gym with Jake and asks 'who should I retire next?' 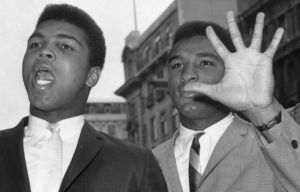 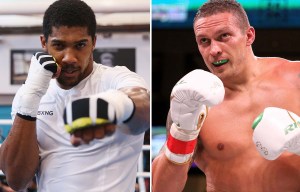 But Hearn, 42, insists talks over a potential end-of-year clash for all the marbles are currently dead in the water.

He told Sky Sports: "Do you know what, I think right now, let's just forget about that fight.

"The only good thing to come out of this is that we have two good heavyweight fights.

"These aren't marking time fights for Fury and AJ. These are two competitive, dangerous fights.

"Once those two nights are complete, let's go back to where we kicked off before, because right now, there's no conversations from the other side to us saying, 'Let's just get it in the diary for December or January.'

"I don't really want to get into that conversation.

"I want AJ to focus on Oleksandr Usyk.

I'm Cristiano Ronaldo and I only send the ball into the net. The forward refused the crossbar challenge in Real Madrid
Yuriy Semin: Shevchenko has a lot of trump cards to lead the European top club
Flick about Muller and Hummels: There is no age at which players will be excluded from the national team
Beckham's Inter Miami broke a series of 7 matches without a win. Higuain made a double
Head of the UAF National Teams Committee Markevich: I don't know if Shevchenko is leaving the national team. He is on vacation
Man City will not be able to sign Kane after the transfer of Grealish. The club does not have such money (MEN)
16-year-old Borussia forward Mukoko wanted to end his career because of talk about his age

Amy Duggar stuns in a red bikini with husband Dillon and son, 2, as she continues to break family’s modest dress rules

Comedian who 'couldn't see past darkness' transforms his life

I’m a proud cougar – I’m double the age of my boyfriend, I don’t care if I’m mistaken for his mum

TUI says it's 'working round the clock' to contact holidaymakers

Tokyo 2020: Digby Jones hits back after fierce criticism of his dig at Alex Scott’s pronunciation on Olympic coverage

What was TikTok star Anthony Barajas’ cause of death?

'Was it eight years or three years?' - Bruce's question amid contract reports

The Latest: Germany to recommend shots for those 12-17

Pelosi is ‘drunk on power’ for threatening to fine Congress representatives for not wearing masks, Ted Cruz says

Odd tradition where men dress as crows in village near Manchester

Police officer suffers broken leg after being hit with e-scooter

Duane Vermeulen back with South Africa squad after ankle injury

Liam grovels to Millie on Love Island after cheating exposed